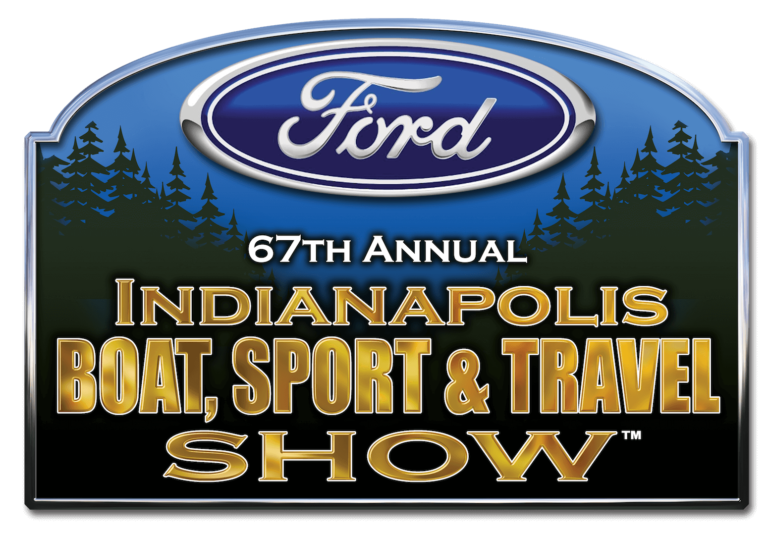 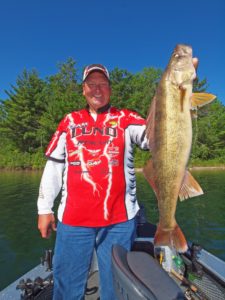 Tips & Tricks for Crankbaits for Walleyes

Picking the Right Line for Walleye

Mark Brumbaugh, of Arcanum, Ohio, is considered one of America’s leading experts of fishing, especially for walleye. He’s finished high in the rankings in walleye fishing tournaments across the county, including the AIM Pro Walleye Series, RCL/FLW, and past Professional Walleye Trail (PWT) tournaments.

Mark’s also qualified 15 times for PWT Championships and five times for RCL/FLW Championships. He’s has had more than 50 top-20 finishes, with several of those being top-10’s since the start of his professional fishing career in 1991. In 2009 alone, Mark earned four top-5 finishes in AIM’s tournament series.

Other awards earned in his fishing career include a “Coleman Cool Under Pressure Award” in 1992; the PWT’s “Realtree Sportsman of the Year” in 2004; two “Storm Heavyweight Awards”, one in 1996 and the other in 1999; seven “Big Fish” awards.

Mark  has been featured in several national magazines such as In-Fisherman, In-Fisherman’s Walleye In-Sider, Great Lakes Anglers, Fishing Facts, Midwest Outdoors, Ohio Sportsman, and many more. He has regularly appeared on nationally televised shows like In-Fisherman, Michigan Out-of-Doors, Kyle Randall’s Wilderness Journal, and the like. He’s also been a featured guest on outdoor programming on radio broadcasts across the Midwest.

And Mark loves teaching others about fishing in person, both one-on-one and in groups. He’s conducted numerous seminars on fishing at sport and boat shows throughout the United States and Canada, and is an instructor for the “North American Fishing Adventures” (see www.markbrumbaugh.com)—a hands-on school that includes ice-fishing and open-water events throughout the Midwest and Canada. He is also a fishing mentor at Fishing Adventures at Witch Bay Camp on Lake of the Woods, Canada.Other Facts of Interest:
Mark Brumbaugh was born in Greenville, Ohio, on January 18, 1962. He’s been happily married to his wife, Terri, since 1998. When he’s not working in the fishing industry he’s working his fields as a grain farmer. 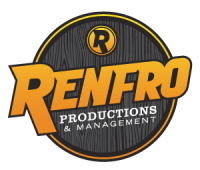 Bringing you the
largest indoor event
in Indiana 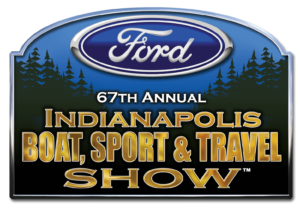 For 68 consecutive years, Renfro Productions has been committed to providing our show attendees with the experience of excellence that has become synonymous with our name.

Due to the world-wide pandemic, the State of Indiana has imposed restrictions on events. As a result of those restrictions and constraints specific to Indiana State Fairgrounds, it has become evidently clear our show would not be able to perform and meet the exceedingly high standards we set for each Renfro Production. For this reason, we have come to the difficult decision to postpone the following shows for the first time in our company’s history:

Rest assured, the health and safety of ALL are our top priority.

Save $4 off box office price Adult Admission for Monday, Tuesday & Wednesday when you purchase tickets online!

Are your weekends crammed full of things to do? Do you want to attend the Ford Indianapolis Boat, Sport & Travel Show but not sure when to go? Let us help you out with that.

So grab some friends, head to the Indiana State Fairgrounds, and come enjoy the show! The show is less crowded on the week days. It’s a great time to go and spend some quality time with your favorite Exhibitors! Tell everyone you know!

Remember:
— This special ticket price is only good for tickets purchased ONLINE – no discount tickets will be sold at the box office!
— AND, the Mid-Show Specials tickets may only be redeemed on Monday Feb. 17, Tuesday Feb. 18 & Wednesday Feb. 19. They will NOT scan any other days of the show.

At kiosks and on signage throughout the show, visitors can enter to win the Grand Prize Package! Either scan the QR code and complete the form or fill out a ballot at the kiosk. It’s that simple!

One entrant chosen at random after the show. No purchase necessary. Only one entry per person. Renfro Productions, owners of the Ford Indianapolis Boat, Sport & Travel Show value your privacy. Your email will NOT be shared with any outside party; it is strictly for use by Renfro Productions and their sponsors. Your participation in this drawing will add your name into our attendee list and will be used to communicate special show announcements and exhibitor specials. As always, you may unsubscribe at any time.

Don’t forget that you must order at least 15 tickets! Orders for less than 15 tickets will not be processed.

Please contact Candice Geyer at cgeyer@renfroproductions.com to place your order.